*** This marks the final post in my ongoing City Superlatives series. Additionally this post includes my answer to the frequently asked question: Which country was your favorite? I hope yall enjoyed reading them as much as I did writing them. ***

Least Favorite Place Visited – Bosnia & Herzegovina. A tough choice because I really did enjoy at least something about all the countries I visited, but if forced to choose I would say Bosnia was my least favorite. However this is not really that damning a statement because I do think a large part of why I dislike the place was caused by HOW I visited. While I believed I had signed up for a day tour, instead I was simply driven into the country by a stranger and dropped off with four other tourists in three different random cities. Without any knowledge of the country or the culture (because again remember I thought it was a TOUR), I was left to wander the cities for hours without any sense of direction. This aimlessness, combined with the general dilapidated state of the country (caused by the Bosnian War and the Kosovo War) made it my least favorite. Sorry.

Most Expensive City – Zurich. I once paid $9 for a bratwurst and $10 for a chocolate bar. While lovely, Zurich surely wins the title of the world’s most expensive city. Just be warned a sit down dinner will cost anywhere between $40 and $200 per person. However I must say on the luxury end of the spectrum, the most expensive city is Dubai. Down in the City of Gold (Dubai) an entry level room at the world famous Burj al Arab will run you $1,600 a night and a deserted island in “The World” project can run upwards of $28,000,000.

Cheapest City – Tang Kou Cun (Huangshan, China). This small town outside Huangshan National Park was certainly the cheapest place I have ever been. Alex and I had a reasonably nice hotel room for $11 a night and one afternoon we shared a large lunch that costs $6 total. This was also the town where the owner of a restaurant (where we were eating) came out to tell Alex that he had never met a white person before. This town holds a special place in my heart.

Coolest Currency – Croatian Kuna. I really enjoyed the Croatian Kuna because all the larger denomination coins featured animals. In ascending order: a bird for the 1 Kuna, a tuna for the 2, and a bear for the 5. The Croatian Kuna wins but I also have to give a shout out to Switzerland for a lovely 5 Franc coin that is worth nearly 5 USD. 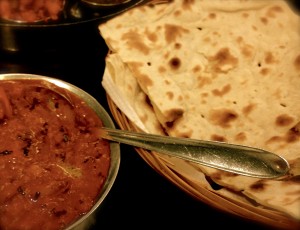 Best Food – Kuala Lumpur, Malaysia. It’s hard to pick one meal in particular that was my favorite from the trip, but if you choose by city, I would have to think KL would run away with the title (although Hong Kong may be a close second). The beautiful cultural blending of KL’s people has lead to an amazing assortment of “local” and “authentic” cuisines from around the world. Cuisines such as Malaysian, Indian, Chinese, and Arabic are all considered commonplace for this metropolis…. Yes all those cuisines are local. Dumpling for breakfast, Masala for Lunch, and Char Kway Teow for dinner, yes please!

Most Hectic – Beijing. I don’t know if this really should come as a surprise, but the capital city of the most populous nation on earth is very crowded. Think about leaving a busy sports arena or auditorium, this is how most days in Beijing felt.

Most Likely Place to Get Scammed – China or Turkey. While it is common to get scammed in both places, the ways in which they happened were very different. In China the scamming would come in the form of overcharging, and it was ubiquitous (for locals and foreigners alike). Frankly its just cultural in China, no one knows any differently so its kind of hard to blame anyone. But in Turkey, the scams were much more thoughtful and geared towards European visitors. From a Taxi-meter that has a button to jump the price, being handed fake bills, or being invited by strangers for a drink, Turkey was much more subtle and scary in ways you could be scammed.

Nicest People – Korea, Australia, and the French Riviera – In all these places I met really nice people that went out of there way to help me. I don’t know what more there is to say, people were nice!

Slovenia, who would not want to retire here?

Best For Retirement – Slovenia. All the beauty of the Swiss Alps, none of the prices. It also uses the Euro and almost everyone speaks English (because they know the world does not speak Slovenian). The capital city of Ljubljana is thirty minutes from skiing, an hour from the beach, and two and a half hours drive from the canals of Venice.

Worst For Retirement – Dubai. While fortunes may be made in Dubai, I cannot see living out your life there. Not only is it incredibly expensive, but having a nice car is a must (seeing how you will need to drive from place to place). Also, I cannot imagine that the sweltering summer heat of 115 F is good for older folks health.

Easiest to Get Around – Zurich. Public transit is everywhere! The hardest part of getting from point A to Point B is sometimes just choosing which form of transit to use (bus, trolley, subway, or even boat). While Switzerland was lovely I also want to give a shout out to the bike transportation of Amsterdam (maybe my favorite mode of transportation I have ever encountered).

Hardest to Get Around – Macau. One time walking down a path, Alex and I found that our sidewalk ended in a dead end in the middle of a freeway. If that story doesn’t articulate to you just how unwalkable the city is, then I don’t know what can. 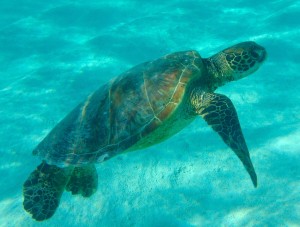 A turtle I found in Rarotonga. You can see why I love the isalnd so much.

Best Airport – Singapore’s Changi Airport. Traveling around I got to pass through a great number of airports, but by far my favorite was Changi Airport. Not only did it have a great number of lounges I could access with Priority Pass, but it also has free entertainments was amazing (a movie theater, a Skype center, a gaming room, a sunflower garden, an arts and crafts facility, the list goes on and on). Often times it is named the best Airport in the world, so I should not be surprised.

Favorite Place Visited – Tie: South Korea, Rarotonga, and Slovenia. The people in South Korea were some of the nicest I have ever met and for that Korea wins a spot as one of my favorites. It also helps that I am in love with KBBQ and Kpop. Rarotonga wins a spot as one of my favorite simply because of its tranquility and unsurpassed beauty. I have never been to an island with such clear water and so few tourist (furthermore all the tourists are from New Zealand so almost no Americans). Lastly Slovenia won my heart with its stunning natural beauty and kind people. Those things coupled with the countries rich history made me fall head over heals for what was once the gem of Yugoslavia. There I finally said it, my three favorite places: South Korea, Rarotonga, and Slovenia.