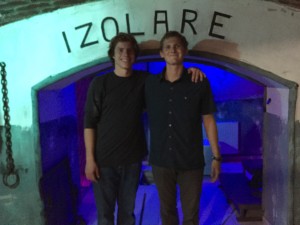 The two of us after we attempted a communist prison themed escape game. If you are not familiar (just as I was not), in an escape game you are locked in a room and players must find the clues and solve puzzles in order to escape. 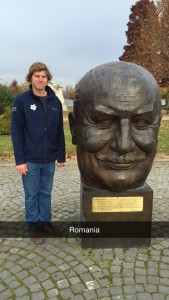 Anders with a giant head statue. This was just one of maybe a dozen heads. 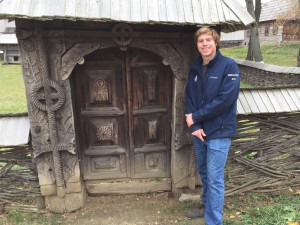 A picture of Anders in the village museum where you can explore traditional Romanian home.s 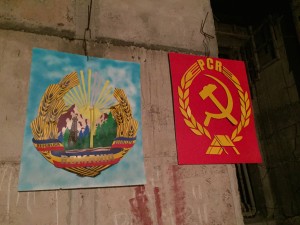 Diagrams of the two current political parties in Bucharest (if I remember correctly). 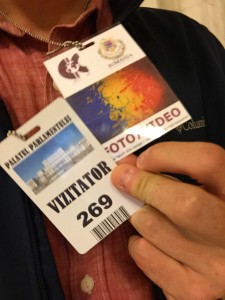 Our badges that we had to get to tour parliament. We also had to leave our passport with them as insurance that we would not wander off. You also had to pay a fee to take photos, kind of weird. 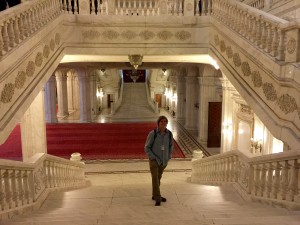 Inside the Palace of Parliament. the satircase Anders is on was specially made with short, wide steps so that former communist leader Nicolae Ceaușescu could look up instead of looking at his feet. 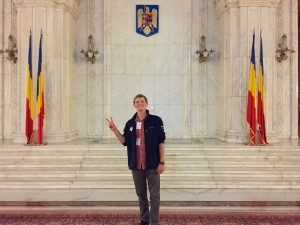 Inside the Palace of Parliament. One of the weirdest and most beautiful buildings you can imagine.

Inside the Palace of Parliament. There were mega chandeliers in almost ever room.

It’s similar to the Champs-Élysées (because it was modeled after it) but the main street in Bucharest has a much more Eastern vibe. 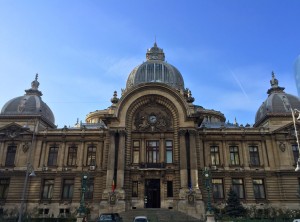 One of many beautiful French style buildings that could be found scattered around Bucharest’s Old Town. 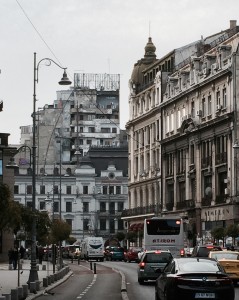 A picture that sums up the contrast between French and communist architecture.