So I recently left Europe and am now embarking upon a long journey home. This fifteen-hour flight from Istanbul to San Francisco concludes in many respected what I have seen as the second stage of my trip. Defined by the fierce independence (and often times loneliness) that defines solo travel, journeying through Arabia, Europe, and Morocco has been both extremely challenging and rewarding. 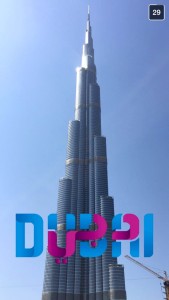 The challenging parts are perhaps the most obvious. From speaking not one native language across Europe to the mental strain of constant self-reliance, these two and a half months tested me more than I had imagined. Stretches (such as the beginning) that had me go to 5 different countries in little more than a week challenged my physical endurance and mentally / emotionally I felt challenged most every day. Having my wallet stolen in Switzerland was particularly hard as it demanded personal sacrifices and flexibility that I had not previously encountered while traveling. Trust me, you have never been TRULY flexible until you loose your wallet and half to scrap any major plans for the next two weeks.

But of all these things, I think the most challenging aspect of solo travel for me was its emotional toll. I got to go to some amazing places, but to behonest it was often times very lonely. While at a famous museum, statue, or beach I was never THAT bothered by being alone, but eating and sleeping soon became opportunities for loneliness to creep upon me. 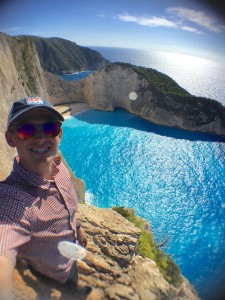 Sitting across from an empty chair is fine to me, but after several dozen meals, I realized just how much I longed for a partner to eat beside. Occasionally I found friends from the hostel or otherwise to enjoy a meal with, but eating three times a day over several months, I certainly endured my fair share of solo meals.

But while this independent journey came with many challenges, it also offered me a great deal of rewarding reflection. I learned a lot, not only about other parts of the world, but also myself. I learned how to talk with strangers, how to navigate essentially every possible form of public transportation. I learned what things to look for in a not safe neighborhood and how to eat for under $5 a day. I learned how much I enjoy books and what seats were best for me on an airplane (window, left side of the plane, near the front). I taught myself good sleep habits and learned how to dress comfortably yet presentably. I learned how far I could push myself and when I simply needed an afternoon to rest. Overall I learned about as much about myself and how I can be my best self, as I did about all the lovely countries I was lucky enough to visit. 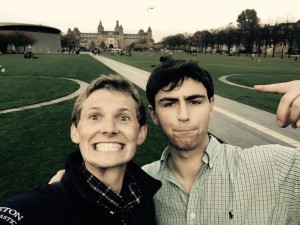 Thus, my individual journey has now concluded but I am not returning the same Rob that left. The changes might be slight and imperceptible to others, but for me I know that each new country taught me something valuable about my strengths, weaknesses, and how I want to carry myself as an individual. In thirty hours or so I will be reunited with my family in Buenos Aires, and to say it will be different than the past two months is an understatement. From not paying the bill, to having others to rely on, to speaking the native language, Argentina will undoubtedly be a very different type of adventure from my time alone. Thus with excitement in my stomach and the new lessons learned in my head, I am off to South America and the next chapter in my wonderful adventure. Family vacation, here I come.